Ok, so today I had my class with Davide Penso making blown hollow beads. I met Davide at his studio, took some photos whilst we waited for others to turn up and then headed for the school where Davide rents a studio for larger classes. 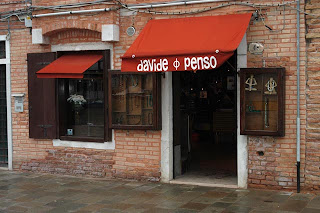 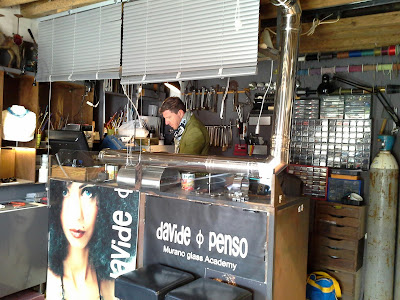 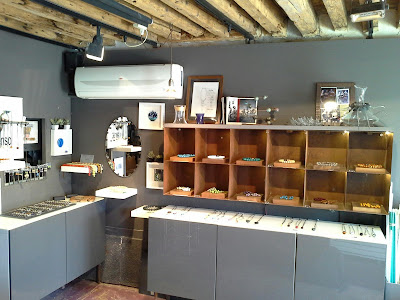 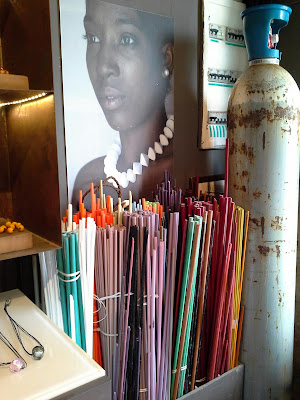 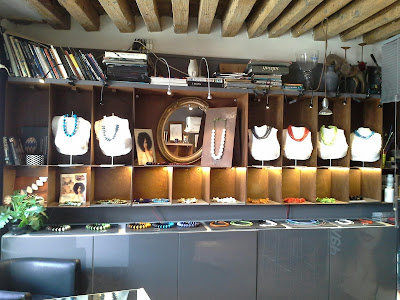 ﻿
There were only 5 of us in the class from various parts of the world,  Spain, USA,  Russia, one lady from Italy and me from the UK.  So the course was mainly in English but there was lots of chat in Italian.
I was so pleased that my workshop was today, partly because I needed a day of rest from all the walking I have been doing, but mainly because the weather had turned and it was very windy. Apparently the tide was very high last night and the water was going into Davide's shop. It was tipping it down with rain when we went for lunch and the water was nearly lapping over the side of the canal. The forecast is not good for over the weekend either.
So the beads we learnt to make (or should I say tried to make) are made on the end of a blow pipe mandrel. A blob of glass is added to the end and then a small bubble is blown.  Special shaped scissors are used to create a neck and then repeated until the glass is blown into a round bead. A hole is the melted in one end and the bead is tapped off the mandrel whilst it is held in hot fingers.  The end is tidied up and there you have your bead.  Sounds easy doesn't it?  I can assure you it's not and I don't think any of us got it perfect,  some not at all. 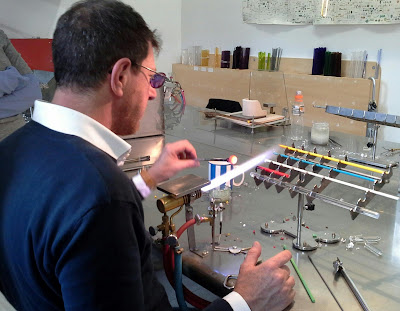 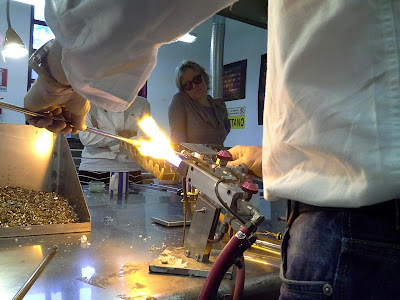 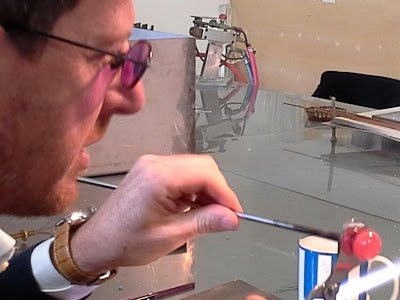 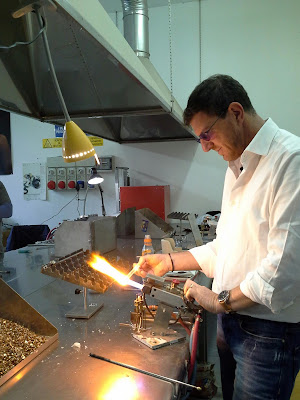 Quite a good looking chap! 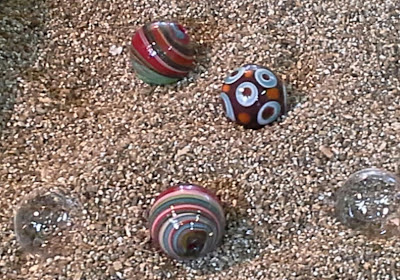 Davide's beads
﻿
Davide took some lovely photos of me making a bead which just happened to come out pretty good. 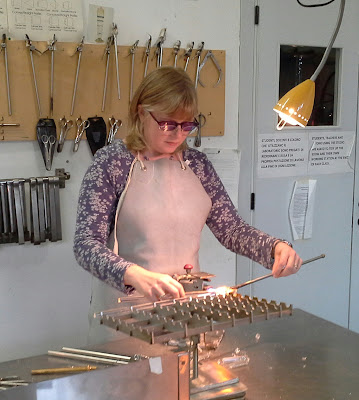 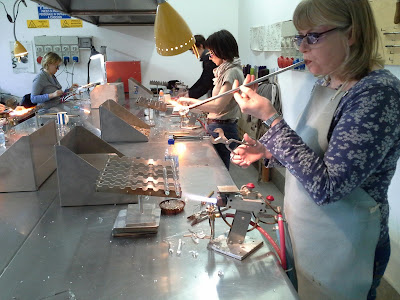 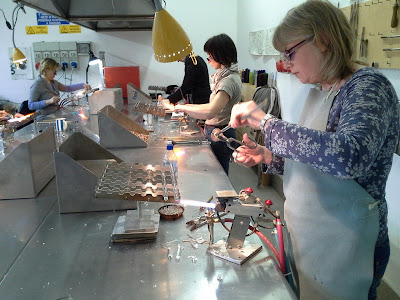 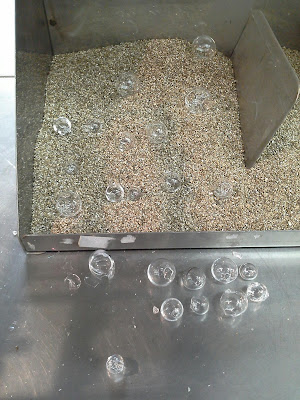 My efforts.
The course was supposed to start at 9am but was a bit late starting because a couple of people were late.  We broke for lunch at 1 and went to a restaurant because one of the ladies wanted pasta. I only wanted something light as we we're all going out for a big meal tonight, so the waitress suggested a salad of artichokes and parmesan. This sounded ok so myself and another lady said we would have that.  Well it was a good job there was a bread basket as when the plate of food came parmesan and artichokes was all their was on it.  No green salad or tomato and that cost us €12 with the cover charge! What a rip off. They had some small rolls at the counter which were €1.50. I wish I had had a couple of those instead.
I was torching on my feet so pretty tired after concentrating hard all day. I stopped by a chemist in the way back to the b&b as the mosquito bite on my eye is not getting any better and is still hot and swollen causing my eye lid to press on my eye a little. The chemist thinks I may have an infection so gave me some cortisone cream with antibiotic in it. Said that it was prescription only but as I didn't have a doctor and was a visitor he would let me have it. The word he used was pleasure but that didn't make any sense.  The bite on my finger is very hot too.
Going to have a rest now and then off to the restaurant for 8pm.
Thanks for looking.
Linda
x 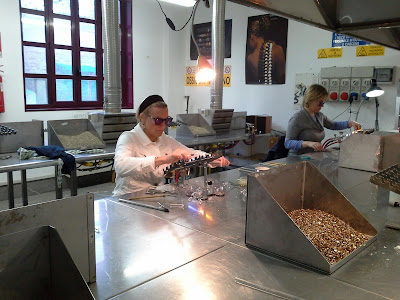 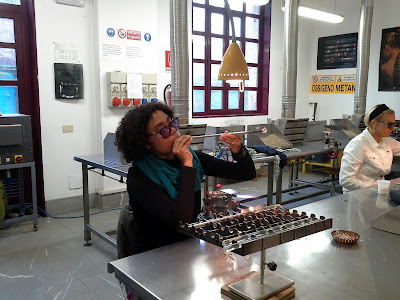 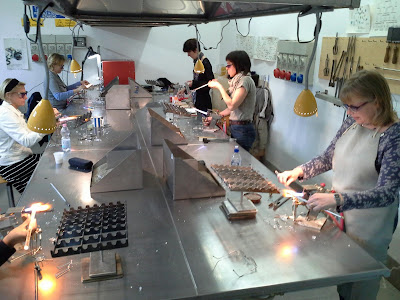