The planning of my trip started a few months ago when I read on Kristina Logans website that she was doing a workshop in Venice.  I think that Kristina's beads are something that all lampworkers admire and would like to emulate, I know I definitely do.  Known as the dot queen you can see why in this picture

Some further investigation revealed that the workshop was to be at the studio of Davide Penso on the island of Murano. So I emailed Davide and was dissappointed to learn that the workshop had been fully booked the previous year. Did I want to put my name down on the waiting list Davide asked? So I thought why not?
Forgetting all about it,  I was pleased when an email came through saying that Kristina had added some dates and would I like to go.  Flight prices were reasonable £92.16 and I found some accommodation that didn't cost the earth approx. €300 to stay for 6 nights at the Ca'del Pomo Grana on Murano.
I'd never been to Venice before so the thought of combining some sightseeing with a glassy workshop was too good an opportunity to miss. Davide was also doing a blown glass beads workshop whilst I am there so I'm doing that as well.
So today I started my exciting trip to Venice.  It's the first time I have been abroad on my own other than to fly to Bermuda but as I was meeting someone there so it doesn't count.
Living on an island means a ferry journey before you can go anywhere,  it also means added time to your journey but it was an uneventful trip and I made it to Gatwick with plenty of time to have a tasty smoked salmon Pret a Manger salad for lunch before my flight departed. The flight was a little bit delayed but only 10 minutes or so.
The flight was only 1 and 3/4 hours long so I wasn't expecting a meal but was pleasantly surprised when a blt wrap turned up along with complimentary drinks.  When I commented on this to my neighbour he said you always do when you fly with British Airways so I was quite pleased I went with them. The alternative was Easy Jet which was only a fraction cheaper but with all the extras for baggage etc it probably would have workout out more.  As I had already eaten lunch I saved my wrap for later.
The flight was uneventful and touched down at Marco Polo airport to the welcome of sunshine and Blue skies.  A welcome change after the grey days we have been having at home lately. 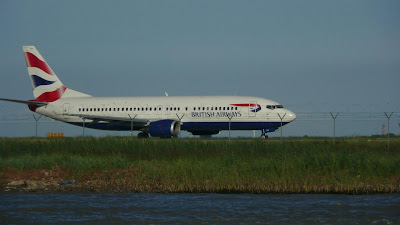 I'd done my research before I left and bought a week long pass for the water bus http://www.veniceconnected.com/node/1477 (not to be confused with the water taxi's which are private)  and the extra ticket needed for the trip to and from the airport. This cost €48 but would allow me to travel on the water bus as much as I liked.  I had a print out which could be scanned at a machine and my ticket printed out.  I looked around the airport but couldn't find a machine anywhere.  The queue for buying tickets was really long.  I asked this chap if he spoke English but he only spoke a little. I showed him my ticket but he couldn't help so there was nothing for it but for me to join the queue. About 10 minutes later the chap came up to me and took my bit of paper and went over to a water taxi desk and asked them.  Apparently it turned out that the machine was outside,  so he took me to the machine and even went to the trouble of getting the ticket for me which I could have managed as there was a button for English.
I followed the signs for the alliguna water bus which were the directions given to me by Carla the lady who owns the b&b only to find that the ticket I had didn't work on this boat.  I needed to get on a bus (not boat) which was back at the airport which and a 7 minute walk away and although it didn't sound far,  I really didn't want to walk all that way with a suitcase and bag. So I decided to buy another ticket for the Aliguna (€8) and follow the directions I had.  After that it was pretty easy.  I had to take two boats but didn't have long to wait and I got chatting to a couple of ladies from Guildford which passed the time. 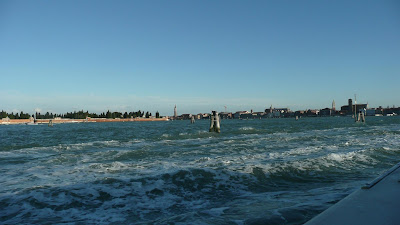 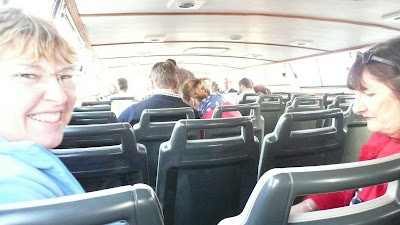 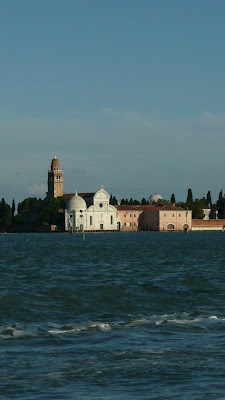 When I got off the boat on my first stop I was surprised by the lack of people,  it was so quiet.  I was the only person waiting although the boats were fairly busy.  The same when I got to Murano,  hardly any people about. 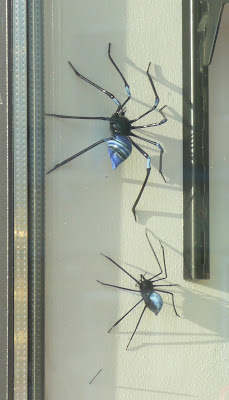 I got tantalising glimpses of glasswork in windows and display cases of what I can look forward to tomorrow. 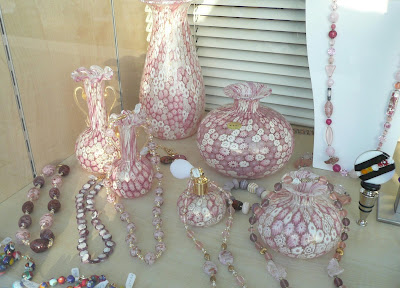 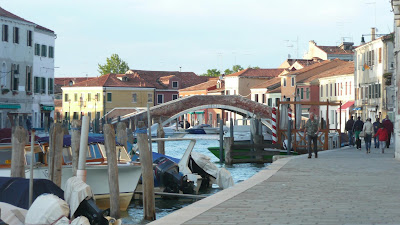 Carla, the lady who runs the  b&b is lovely, settled me in and answered any questions I had.

This was my room.

One of the reasons I chose to stay here was the internet connection so that I could keep in touch with my husband back home without using my expensive mobile.  So having set up Skype before I came away, we made our first video call.  It started out ok,  if a little blurry but after a while the sound disappeared for me but not for Anthony so I spoke and he typed.  It was so funny!
I was a bit tired and had a bit of a headache so I didn't bother going out but ate my wrap from the plane which was quite tasty, wrote this up and went to bed.
More of my adventures tomorrow.
Thanks for looking
Linda 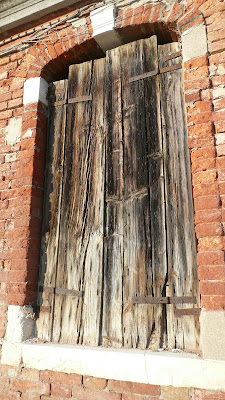