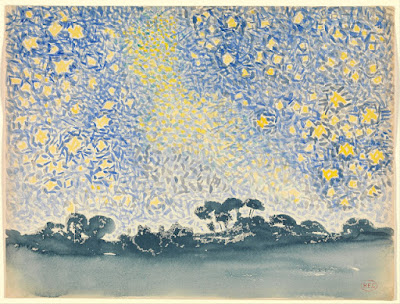 
You can read all about the painting and the artist here: http://artbeadscene.blogspot.co.uk/2016/01/january-monthly-challenge.html

I almost wish this had been the challenge for December as the stars would have been a great theme for then.

I started out by having a go at making some star headpins, something I had never tried before 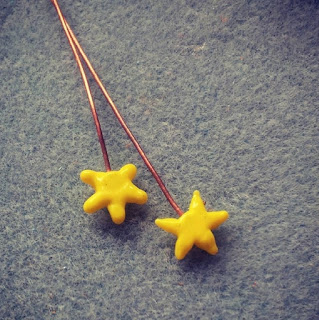 These were my first attempts. I had in my mind a simple pair of earrings with the stars as dangles. Then I pulled out a selection of beads and chain in shades of blue and gold 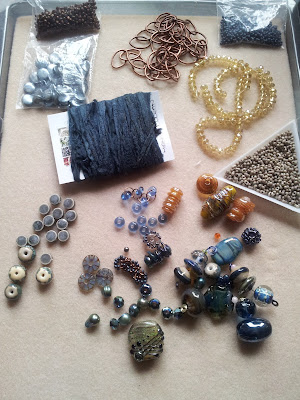 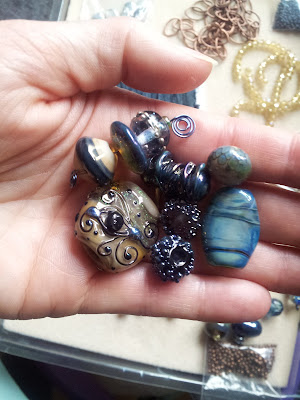 The focal bead I had in mind to use was one I got in a bead swap with my lampwork friend Jelveh Jafarian. (It's the one of the bottom left). Jelveh makes the most beautiful beads with lovely scrollwork which she calls her Zentagle series.

So off to a good start then wham - I became ill. Cough and sore throat, then Laryngitis and sinus infection. I was beginning to think I wouldn't be able to complete this challenge but I started to feel a little better a couple of days ago and managed to do a couple of hours on the torch and made these. 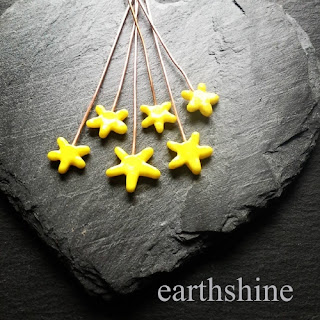 I got better as I went along and then made this pair which I am so pleased with. 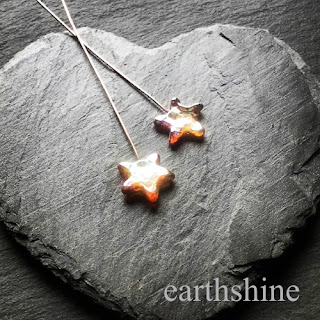 They are made with a silver rich glass from Double Helix called Helios and have a gorgeous golden pinky sheen to them.

I also had quite a few pieces of short wire left from another project and I had in my head to make some dangles to go with Jelveh's bead. 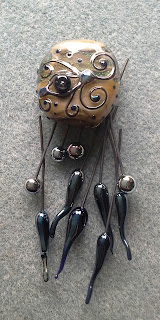 On to the jewellery. Here are the earrings I made with the yellow stars 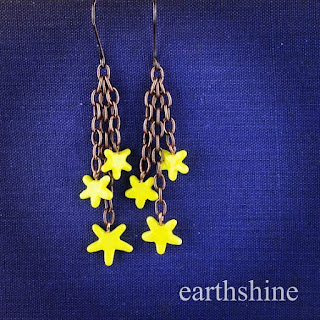 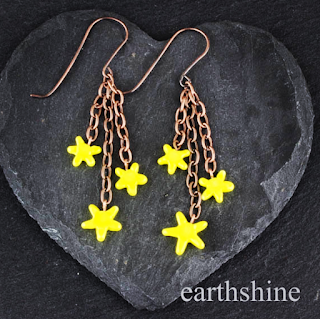 The earwires were made by Lucy Haslam of Faerystones and the chain came from Smitten Beads.

Here is the necklace: 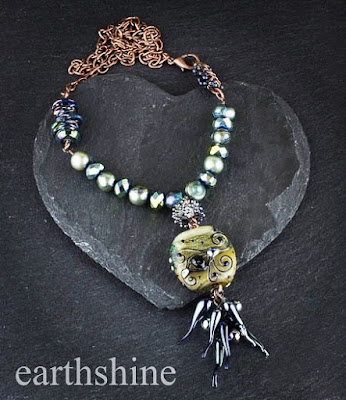 I decided to keep it fairly simple in the end. I used the focal bead by Jelveh and added my headpins as dangles underneath. 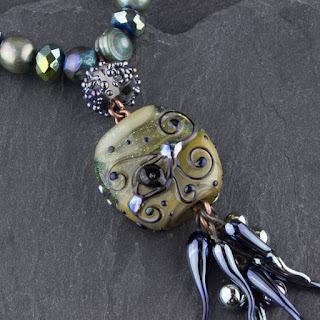 I selected freshwater pearls and chain (Smitten Beads), rondelle crystals (Totally Beads), and some of my own lampwork glass beads. To create the clasp I used a Twisted Sister (Faerystones) wrapped with peanuts (Smitten Beads) and a lobster clasp. 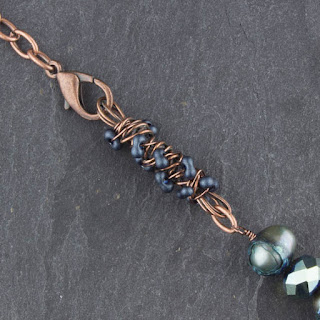 I hope you like my creations. Don't forget to check out the other entries