I started this some time ago and have only just got round to finishing it. I hope you enjoy the tutorial.

Back on September 2nd I was reading Pearl Blays blog 'The Beading Gem'. The post was all about how to make thread wrapped thick cord or rope jewellery at the time I wasn't making jewellery but when I saw these cute tasseled bangles I was hit with some inspiration to make some sari silk ones. 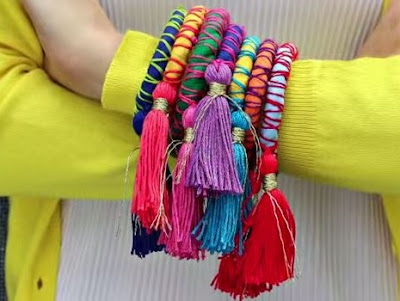 I even did a blog post about it http://earth-shinedesigns.blogspot.co.uk/2015/09/my-poor-neglected-blog.html

The furthest I got was to buy some cheap bangles from a charity shop, these were a bargain at 25p each 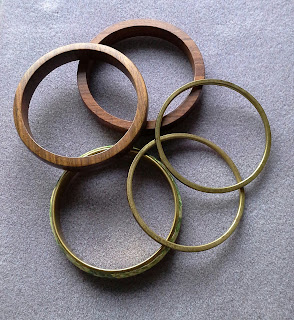 and there they sat until Saturday when I had a look at the Etsy Trends for October email. I must admit, I very rarely look at these things but for some reason this time I did and I was inspired by this picture of Boho Fabrics and it reminded me of the sari silk bangles that I had the desire to make. 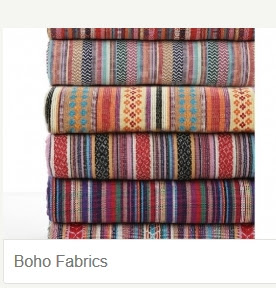 I also bought this funky pair of boots at the same time. 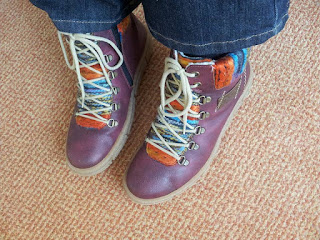 I've got a load of hand-dyed sari silk, chiffon ribbon and yarn that I've bought. Some were a job lot from Ebay and then rest is from Smitten Beads, they have a lovely selection of colours and I use this a lot in my work. 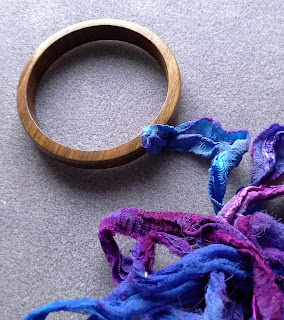 Then I wound it round and round until the ribbon was overlapped. 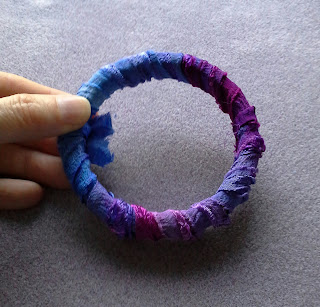 and then I glued that end down with the glue gun too. 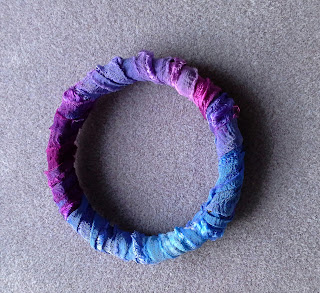 The glue from the glue gun does show a bit but I don't think it matters that much because it will be covered with beads. I might in future sew on the end instead of gluing it.

Next I selected some small beads in shades of pink and lilac from my box. I like to buy jewellery from charity shops and break it up so I have lots of strands of small beads. 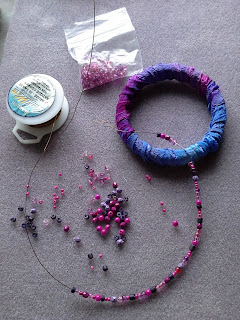 I took some antique brass coloured thin wireand threaded on some of the beads in a random fashion. I wasn't sure how many I would need and soon got bored doing this so I cut off a length of wire - not enough it turns out and folded over 1 end so that the beads wouldn't fall off.

I wrapped the wire around a couple of times to fix it and then threading 5 beads so that they laid onto the front of the bangle wrapped them on. Then I did a plain wire wrap and so on..... 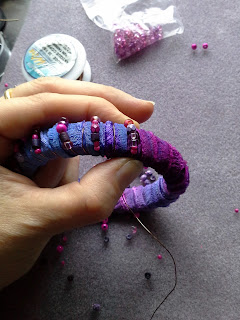 As I said I ran out of wire, so I re-joined some more and then continued. I actually found it easier to thread the beads on as I went. Without taking it apart I have no idea how much wire it took but it was quite a lot. 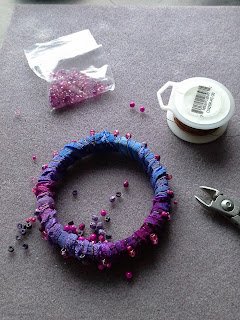 To fix the wire, I threaded it though the existing wire several times on the inside of the bracelet so it wouldn't show. 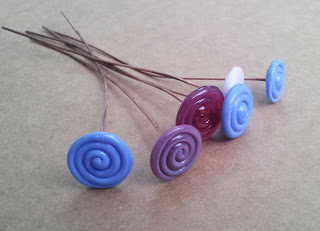 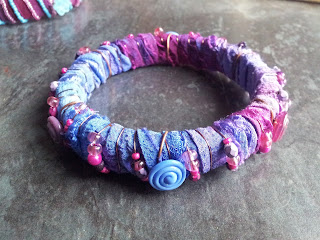 For my next bangle I chose some more chiffon ribbon and a necklace from a charity shop. 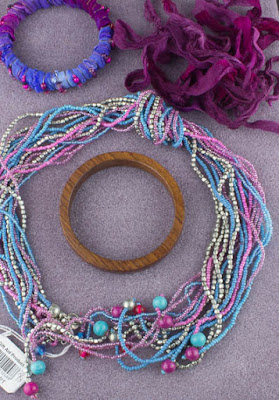 I wrapped the ribbon round as before and then took some strands of the necklace and wrapped them around the bangle. This time I sewed everything in place. I had some bellflower headpins left from another project and used them in the same way as the disc headpins. This is the finished piece. 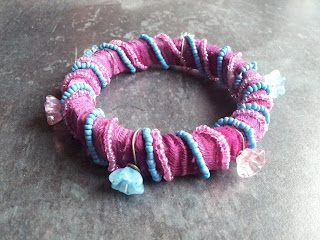 For the 3rd one I repeated the steps but added a wrap of coloured yarn and then made a tassel with the ends. I used some more bellflowers and made some dangles. 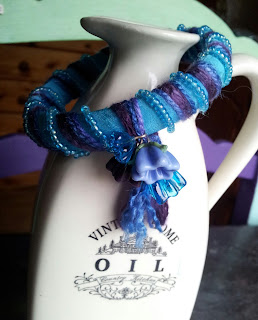 Here are the finished bangles together. 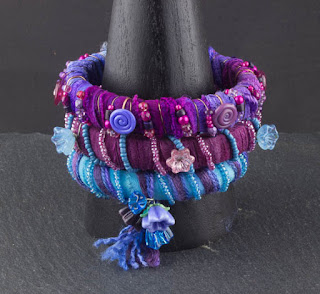 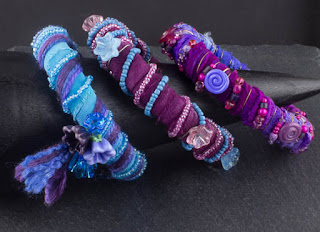 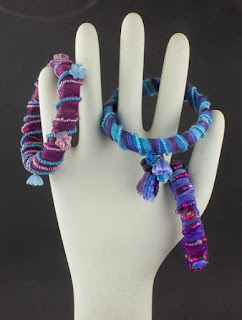 I hope you enjoyed reading it.