The theme for the challenge over on the Art Bead Scene Blog this month is based on a painting by Maria Helena Vieira da Silva called Paris. 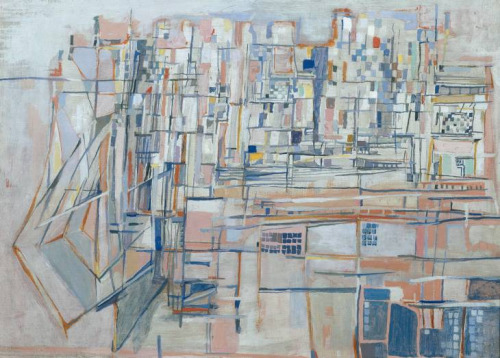 I was immediately drawn to the tiny boxes which I presume to be windows and the strong lines of the painting.

I set about making lots of headpins that were squares and rectangles. I used wire that darkened in the kiln to resemble the steel grey of some of the lines in the painting.

First I chose black. Whilst I realise there isn't a lot of black in the painting it was the first colour that struck me so I started with that.

I also wanted a strong geometric toggle clasp to go with the piece. I was so pleased with this piece. Not made in the flame as I don't have a square mandrel or press but fused in the kiln, cold worked and then fire polished. 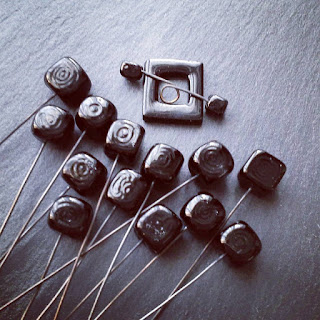 With the second lot of headpins (and there were many more than shown here) I chose the blues, grey's and white with a touch of yellow that are prevalent in the painting. Again, I created a matching square toggle clasp and etched all the components to go with the muted colours of the painting. 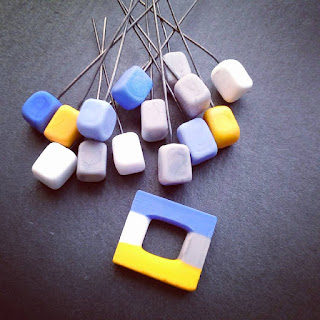 Here are the finished necklaces together with a close-up of the toggle clasp I created. 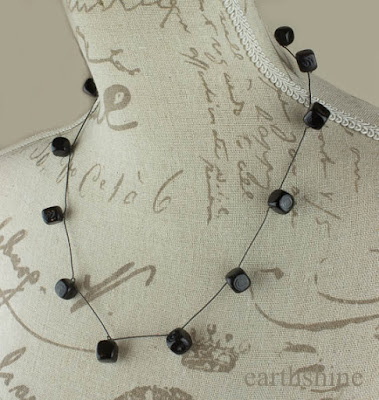 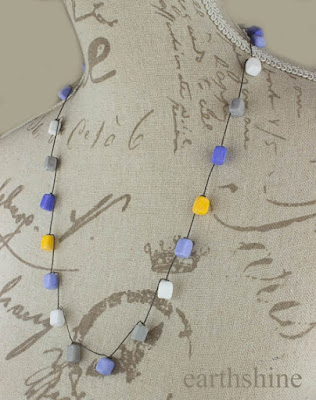