A few months ago I was approached by a lady who met me at the Smitten Beads open day. She later contacted me and asked if I would like to do a tutorial for the October edition of Beads and Beyond which was to have an autumn theme.

I was delighted to be asked and we settled on one of my tree beads.

I have to say it is very tricky to photograph ones self whilst making a bead at the same time. I had a remote shutter control for my camera and had that in my mouth and then checked the computer after each shot to see if it was ok. It wasn't a pretty sight!

Then came the next task of whittling down the steps to just 8 and writing the text. Only so many words are allowed. It was not easy!

Anyway a complimentary copy arrived on my doorstep yesterday and there it was published, my first magazine tutorial. 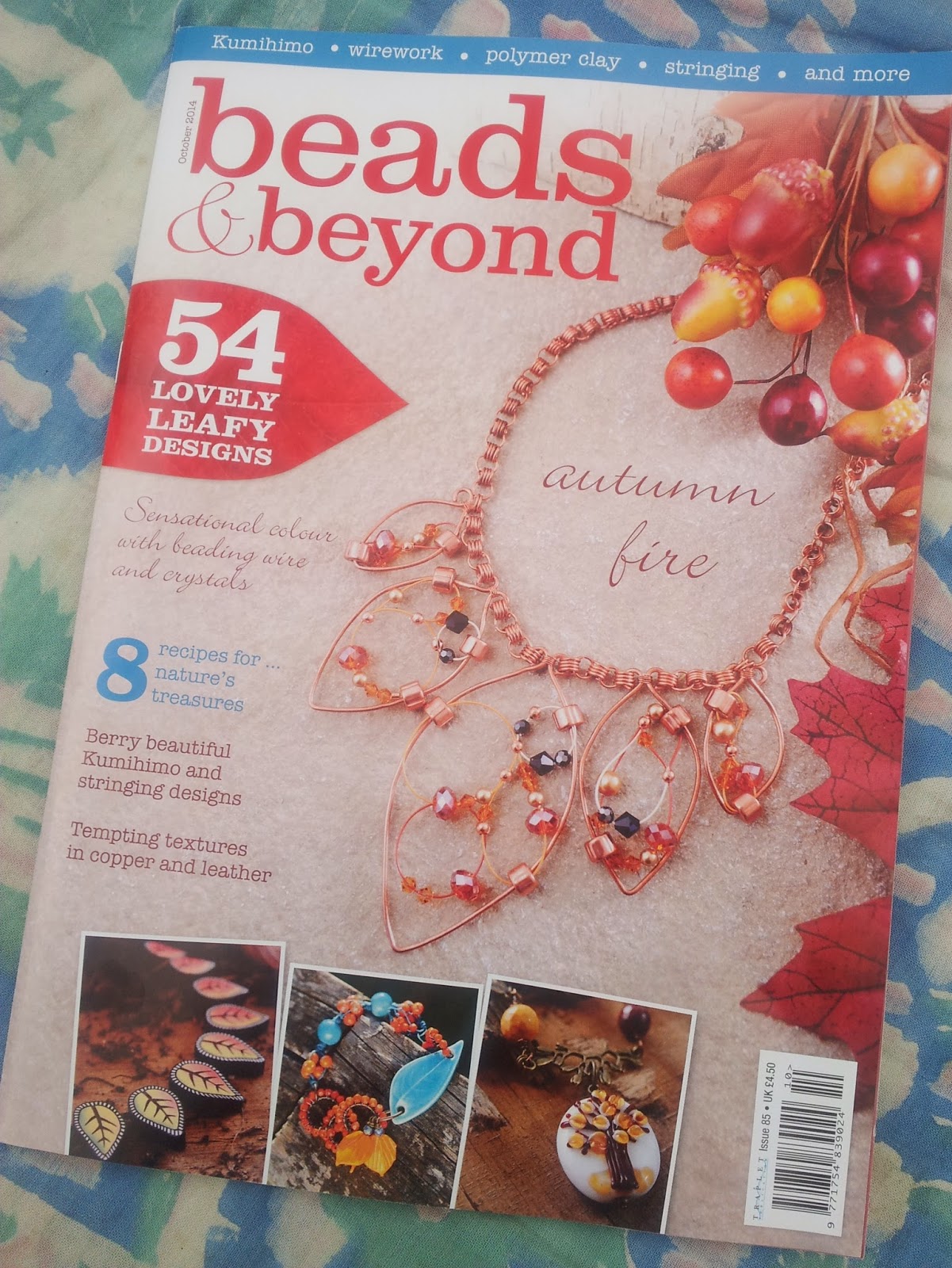 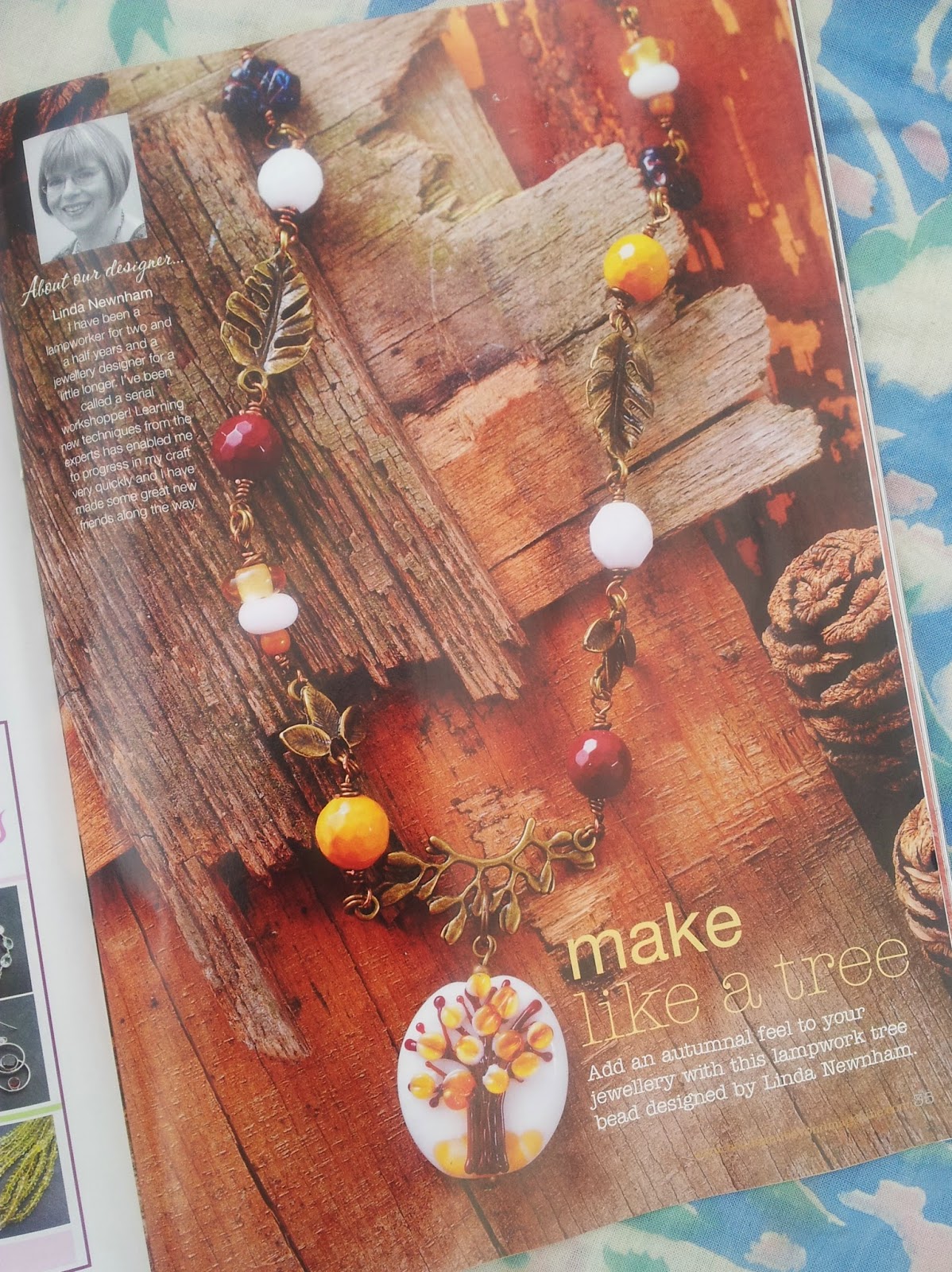 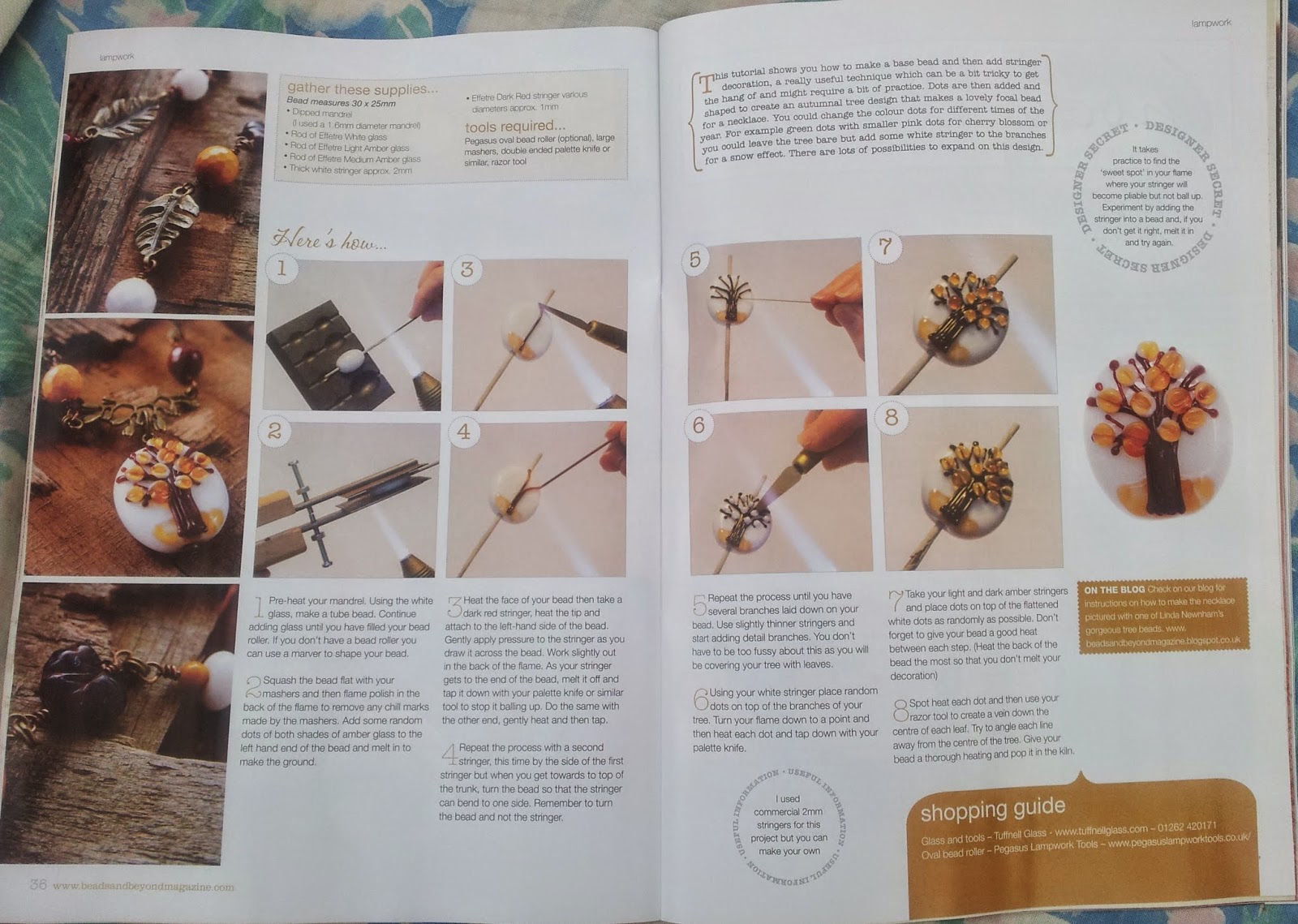